THE DECISION BY Israeli Prime Minister Ariel Sharon to pull Israeli settlers out of the Gaza Strip and part of the West Bank has shaken Israel’s Orthodox Jewish community to its foundations.
Never before has an Israeli government relinquished what the religious population universally regards as holy land, promised to the Jews by God.

The move challenges core religious beliefs, leaving many Orthodox Jews â€” soldiers among them â€” in spiritual turmoil and clamouring for guidance as to how to respond.

The answer could determine whether or not the disengagement is carried out amid rebellion in the army and public unrest.

“No doubt this is one of the most critical questions which the Israeli population has ever faced since the establishment of the state in 1948,” Hebrew University law professor Eliav Shochetman told the BBC News website.

“The question of ceding land is in dispute among rabbinical authorities. According to some of the rabbis, it is not permissible to give away the ‘Land of Israel’ to another sovereignty, while according to other rabbis it is permissible under certain circumstances.”

The Israeli settlements are widely considered illegal under international law, although Israel disputes this.

Most authorities on Jewish law [halacha] agree that biblical land can be ceded on one condition alone â€” that doing so would guarantee the preservation of Jewish lives.

One of the most influential posek (halachic arbitrators) in Israel, former Sephardi Chief Rabbi Ovadia Yosef, however, has publicly come out in opposition to the government’s plan, calling it a “matter of life and death.”

“This prohibition applies to every Jew, soldier and civilian alike. “An order to take part in the evacuation of Jews from their homes in order to give over the land to non-Jews is an order that is against the religion of our holy Torah and forbidden to fulfil,” he said.

“Anyone who violates this prohibition will not be exonerated, not in this world and not in the world to come.”

It is a ruling which could have a significant impact. There have already been cases of soldiers refusing to take part in preparations for the disengagement on religious grounds, while up to 20,000 more have reportedly signed a petition vowing to disobey orders once the withdrawal begins.

And early in August, an Israeli teenager who had deserted from the army in protest at the Gaza pullout shot dead four Israeli Arabs on a bus.

Rabbi Shapira’s view, however, is not unanimous among the rabbinate, some of whom have warned that insubordination could lead to violence and even civil war.

In a recent interview with The Commentator, the newspaper of the prestigious US Yeshiva University, Yeshiva Chancellor Norman Lamm said he and other rabbis “felt very strongly that actual disobedience on the part of the Israeli forces would constitute a desecration of God’s name that would haunt us [the Jewish people] for generations.”

“We are a democracy, we are not a theocracy, so while religious law does have power in our legal system, such as marriage, divorce and family law, there is no way religious law can override parliament,” he told the BBC News website.

“We have a specific section in the military law which says an order which is manifestly illegal and immoral â€” not only are you not required to fulfil it but, on the contrary, you are required not to carry it out, but I don’t think there are any grounds to say that the order to evacuate Gaza is such an order.”

“Our right to the ‘Land of Israel’ is a very important precept, according to the Torah,” he told the BBC News website.

“There is a Hebrew idiom â€” the law of the land is the law â€” but there are laws between man and God which cannot be changed.

Ultimately, the issue is plagued by differences of opinion, a fact which is not lost on Dr Chaim Milikowsky, head of the Talmud department at Tel Aviv’s Bar Ilan University.

“Since the greatest poskim of the generation have said it is absolutely impossible to say that giving up the ‘Land of Israel’ is forbidden, then anyone who says it is forbidden is simply deluding himself into using halacha to present his political position,” he told the BBC News website. 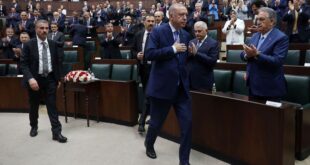