The United States Army insists that it’s not so desperate that it would recruit the mentally ill to serve on the front lines.

But now an exclusive NewsChannel 5 investigation has the Army investigating three Middle Tennessee recruiters, along with their Dishonorable Deceptions.

It’s all part of a hidden-camera investigation led by our chief investigative reporter Phil Williams.

We began with an Army investigation into the suicide of a local soldier.

Among those listed as the official casualties of war, you will not find the name of Private Jay Mallard.

“I just feel like somebody reached in and took part of your heart out, knowing you’ll never see him again,” his father, John Mallard, tells Phil Williams.

But his parents say last year – just two months after shipping out to boot camp – the 30-year-old father of two became a casualty of a war and an Army so desperate for recruits that was willing to put a loaded rifle into a troubled man’s hands.

“The phone rang and she answered,” Mallard recalls, referring to his wife, Mary.

Jay Mallard had joined the Army more than a decade earlier when he was 19.

Back then, he had been discharged during basic training after he become suicidal and began to talk of killing himself.

“So we got him some counseling,” Mary Mallard says. “And he was put on antidepressants and he snapped out it. It took about a year, but then he went on with his life.”

“Yeah, he was back to normal,” John adds.

Then in 2005, with America involved in two wars, Jay felt the pull to give the Army another try.

There was just one problem:

He still relied on the antidepressant Zoloft to help him get through the day – something that the family says his recruiter told him would keep him out of the Army if he disclosed it.

“He said, well I was told not to write down anything, where it said to put any medications that not to write anything down,” Mary says

He notes that the private’s death was the subject of a report by the Army’s criminal investigation division. (Review the documents from the CID investigation.)

“There was no wrongdoings identified there,” Brewington tells Williams.

“Did you review the case as to your recruiter’s behavior?” Williams asks.

“I had no reason to be curious.”

But unlike the lieutenant colonel, we were curious.

In each case, our undercover producer told recruiters that he was been put on Zoloft by a physician for depression. Asked whether he could function without it, he said he wasn’t sure.

And there, inside those Army recruiting stations, we got the same advice described by Private Mallard’s family.

“You go down there and start disclaiming everything to the doctor, he’s going to disqualify you,” a recruiter in Murfreesboro, Tenn., tells us.

“Is that something I have to disclose? Be better to get a letter from a doctor or whatever,” we ask a recruiter in Madison, Tenn.

“Well, not necessarily,” he replies.

A recruiter in Antioch, Tenn., says, “If they asked you if you’re taking anything and you said no, then so be it.”

We showed our undercover video to Lt. Col. Brewington.

“It appears here that I have a few recruiters whose actions let the whole organization down,” he says.

Over and over, the recruiters tell us that it’s OK to lie. (Watch the videos.)

That’s despite a warning on the Army’s medical screening forms about “severe penalties – up to five years confinement … to anyone making a false statement.”

“Is that serious?” Williams asks Brewington.

“The recruiters don’t seem to take it too seriously.”

“Again, sir, again, the actions that we observed is absolutely not the behavior that we expect.”

In Antioch, the same recruiting station where Jay Mallard got his advice, this recruiter confides about another young man who they knew had to sneak medications into boot camp.

“You are going to have to keep it on you, you know,” she whispers.

Williams asks Brewington, “One of the Army’s core values is honor?”

“Is this honorable conduct?”

As a result, the colonel promises what he says will be a full investigation of the recruiters we caught on camera – but an investigation that for Private Mallard’s family may not go far enough.

“Does what you’ve seen here cause you to question the investigation into how Private Mallard was recruited?” Williams asks Brewington.

“Absolutely not,” the lieutenant colonel answers.

John Mallard asks, “What else are they telling them to lie about?”

While the Mallards say the folks who recruited their son may not give his death a second thought, they know he gave all that one Army recruiter asked that he give – which ended up being everything.

“Our son loved this country – that’s why he went,” John adds.

“I hate that he died in basic training. That’s not a place for a solider to die. You die defending your country.”

Several of Private Mallard’s family members say they were interviewed by Army investigators about how Jay was recruited.

But, for some reason, those interviews are not reflected in the final CID report.

Still, they say that if this forces the Army to change its recruiting tactics, they believe Jay will not have died in vain. 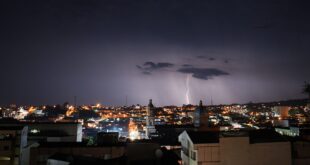 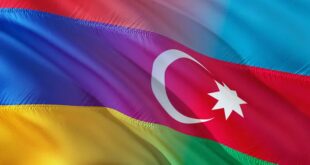 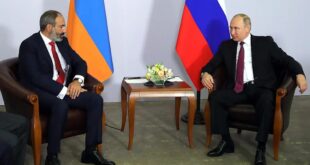 Russian Expert: Armenia Should Stay Away From Falling ‘Russia’ Empire