The talks were suspended on May 3rd, 2006, after chief UN war crimes prosecutor Carla del Ponte criticised Belgrade for its failure to deliver a top war crimes indictee, Ratko Mladic, despite promises to do so. Negotiations will resume on Wednesday of next week.

“I encourage Serbia to continue improving co-operation with The Hague tribunal and to ensure that all the remaining indictees are brought to justice,” Barroso said.

Serbian President Boris Tadic said Serbia must now work “doubly hard” to compensate for the interruption of the talks. Bozidar Djelic, Serbia’s deputy prime minister, stressed that the EU would not give up its political conditions, and that Belgrade will have to meet them in order to sign the SAA.

“We will have to extradite Ratko Mladic to The Hague, or prove that Mladic is not in Serbia,” Djelic said.

The EC decision followed a four-day visit to Belgrade by del Ponte, her longest so far. She said she would hand the UN Security Council a positive report on Serbia’s co-operation with the tribunal. The document will be submitted on June 18th.

Although visibly satisfied with her talks with the new Serbian government, the prosecutor said she expects concrete action.

“I want results — now,” she said in Serbian, during a joint news conference with Tadic.

He affirmed that Serbia is “absolutely in favour of full co-operation” with the tribunal, citing the recent arrest of former Bosnian Serb army general Zdravko Tolimir, a close aide to Mladic, as “visible” proof of co-operation.

The far-right Serbian Radical Party, which opposes the extradition of war crimes indictees, has called for a parliamentary debate on confidence in the government over the arrest. It claims Tolimir was “kidnapped” in Serbia and then moved to RS and handed to the local police.

Del Ponte, however, said bringing Tolimir to justice was more important than where he was arrested. In any case, the Radicals do not have a sufficient number of MPs to topple the government that was formed on May 14th. 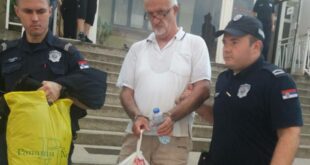 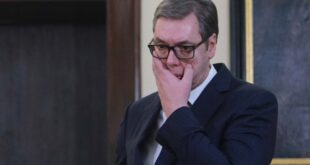 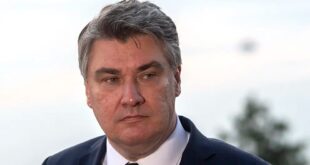