“There are no legal problems vis-a-vis the status of the medical workers back home from Libya, and Bulgaria has shown full respect for Libyan laws,” Bulgarian Prosecutor General Boris Velchev told the Balkan country’s state news agency, BTA.

The medics arrived in Sofia Tuesday, after more than eight years behind bars. They were twice sentenced to death on scientifically disputed charges of deliberately infecting more than 400 local children with HIV. On July 17th, the country’s top legal body commuted their sentences to life in prison, following a deal with the families of the 438 infected children. Each family was to receive $1m in compensation.

Under a 1984 prisoner exchange agreement, the six nurses and the doctor — who was granted Bulgarian citizenship — were transferred to Bulgaria to serve their sentences there. But less than an hour after landing in Sofia, the six were pardoned by Bulgarian President Georgi Parvanov.

Angered by the move, the families of the infected children urged the Libyan authorities to sever diplomatic ties with Bulgaria, expel the several thousand Bulgarians working in the Arab country and ask Interpol to re-arrest the medics.

The first secretary of the Bulgarian Embassy in Tripoli was summoned to the Libyan Foreign Ministry on Wednesday to be handed an official protest, claiming Parvanov’s move to pardon the medics constituted “a clear violation” of the 1984 accord.

The agreement provides that following their transfer, prisoners are treated under the host country’s legislation, the Bulgarian prosecutor general explained Thursday.

“After returning to Bulgaria, the medics began to carry out the sentences imposed in Libya according to the Bulgarian law,” said Velchev. “This allows the president to pardon them and he exercised this right.”

Rejecting Tripoli’s claims, Bulgarian Prime Minister Sergey Stanishev said Thursday that an official response to the Libyan protest would be sent later in the day.

“It is understandable that Libya is reacting under existing pressure from the families of the infected children,” the BTA quoted him as saying. “Bulgaria’s decision is motivated and fair.”

A day earlier, Stanishev said Bulgaria was considering forgiving Libya’s long-outstanding $54m debt to his country as a contribution to the families of the infected children, many of whom are being treated in hospitals in Britain, France and Italy.

The medics have maintained their innocence, testifying that the confessions some of them made following their arrests were extracted by torture. International experts say the infections at a Benghazi hospital most likely predated the medics’ arrival and were caused by poor hygiene at the facility. 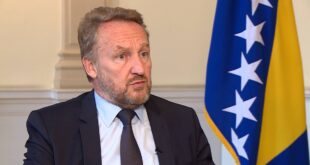 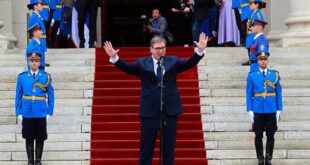