TEHRAN (Fars News Agency) After a wave of freezing cold weather covered a majority of Iranian city, Turkmenistan misused the opportunity and halted gas supplies to Iran to double the price of exports to the Islamic Republic, an informed source in the Oil Ministry said here on Monday.

Turkmenistan ceased exports to Iran since 10:30 Saturday morning, and the country’s officials blamed repair and maintenance operations for the temporary disruption in the gas supplies to Iran.

Speaking to FNA, the source who asked to remain anonymous, blasted Turkmenistan for delaying repairs until winter, and described the disruption in the gas supplies to Iran as “only an excuse for doubling the price” through laying pressure on Iran.

After Iran’s gas imports from Turkmenistan halted Saturday morning, a senior gas company official called on people to lower consumption to make up for some shortages felt in the country’s northern regions.

Managing Director of the National Iranian Gas Company, Seyed Reza Kasayeezadeh told FNA on Sunday that Turkmen officials have blamed repair and maintenance operations for the temporary halt in the gas supplies to Iran.

He further pointed out that Turkmenistan supplies 23 to 24 mln cu.m of gas to Iran on a daily basis, which he said amounts to 5% of Iran’s total domestic gas consumption.

Kasayeezadeh, who is also a deputy oil minister, assured that except for the northern province of Mazandaran, the country’s domestic consumption is not facing any troubles.

Meantime, he called on Iranians to reduce consumption in a bid to help the gas company solve the problem of low pressure and repeated disruptions in Mazandaran, expressing the hope that the current problem in the said province would be removed in the next 24 hours. 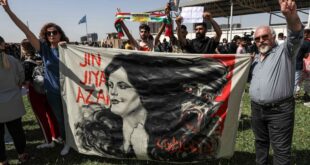