The pre-dawn attack on the police post took place in a village in Maiwand district of Kandahar province, a stronghold of Taliban insurgents.

Hours after the attack, a policeman was killed in a suicide raid aimed at a police officer in neighboring Helmand province, a provincial official said.

The officer survived the attack, but eight other people, including policemen and civilians, were wounded, witnesses said.

With the approach of winter, Taliban attacks have fallen in recent weeks following two years of the bloodiest violence since the Taliban’s removal from power in 2001.

The Taliban still launch attacks daily against Afghan and foreign troops in warmer areas of the south. Two Dutch soldiers from the NATO-led force were killed on Saturday during fighting with Islamic insurgents in another southern area. 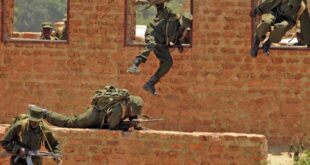