OTTAWA – Canada’s foreign ministry has put the United States and Israel on a watch list of countries where prisoners risk being tortured and also classifies some U.S. interrogation techniques as torture, according to a document obtained by Reuters on Thursday.

The revelation is likely to embarrass the minority Conservative government, which is a staunch ally of both the United States and Israel. Both nations denied they allowed torture in their jails.

The document — part of a training course on torture awareness given to diplomats — mentions the U.S. jail at Guantanamo Bay in Cuba where a Canadian man is being held.

The man, Omar Khadr, is the only Canadian in Guantanamo. His defenders said the document made a mockery of Ottawa’s claims that Khadr was not being mistreated.

Under “definition of torture” the document lists U.S. interrogation techniques such as forced nudity, isolation, sleep deprivation and blindfolding prisoners.

“The United States does not permit, tolerate, or condone torture under any circumstances,” said a spokeswoman for the U.S. embassy in Ottawa.

A spokesman for Foreign Minister Maxime Bernier tried to distance Ottawa from the document.

“The training manual is not a policy document and does not reflect the views or policies of this government,” he said.

The government mistakenly provided the document to Amnesty International Canada as part of a court case the rights organization has launched against Ottawa over the treatment of detainees in Afghanistan.

“It’s therefore reassuring and refreshing to see that … both of those countries have been listed and that foreign policy considerations didn’t trump the human rights concern and keep them off the list,” he said.

Khadr has been in Guantanamo Bay for five years. He is accused of killing a U.S. soldier during a clash in Afghanistan in 2002, when he was 15.

Rights groups say Khadr should be repatriated to Canada, an idea that Prime Minister Stephen Harper rejects on the grounds that the man faces serious charges.

“At some point in the course of Omar Khadr’s detention the Canadian government developed the suspicion he was being tortured,” said William Kuebler, Khadr’s U.S. lawyer.

“Yet it has not acted to obtain his release from Guantanamo Bay and protect his rights, unlike every other Western country that has had its nationals detained in Guantanamo Bay,” he told CTV television.

Other countries on the watch list include Syria, China, Iran, Afghanistan, Mexico and Saudi Arabia.

“If Israel is included in the list in question, the ambassador of Israel would expect its removal,” said Israeli embassy spokesman Michael Mendel.

The awareness course started after Ottawa was criticized for the way it handled the case of Canadian Maher Arar, who was deported from the United States to Syria in 2002.

Arar says he was tortured repeatedly during the year he spent in Damascus prisons. An inquiry into the case revealed that Canadian diplomats had not received any formal training into detecting whether detainees had been abused. 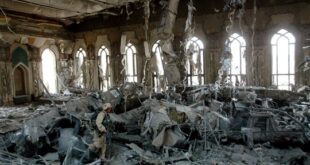