Javad Owji told PIN the value of the company’s products was tantamount to the worth of 1.5 million barrels of crude oil per day.

He added South Zagros Oil and Gas Exploitation Co. working on 10 gas fields was producing over 246 million cubic meters of gas and 87 thousand barrels of gas condensates, reiterating that the output constituted 55 percent of the country’s total production.

“If we compare the value of the company’s output with the country’s crude, it is equal to 1.5 million barrels of oil daily,” said the official, concluding that the company earned the country 15 million dollars a day.

According to Owji, South Zagros Oil and Gas Exploitation Co. is exploiting 10 gas fields in three provinces of Fars, Bushehr, and Hormuzgan.

The managing director said Nar and Kangan fields, the largest onshore gas reserves in the Middle East, were located at Bushehr and the company was currently deriving 106 million cubic meters of sweet gas and 23 thousand barrels of gas condensates from the two fields per day.

He said Nar and Kangan accounted for over 25 percent of Iran’s total gas output.

“According to the plan, we drill new wells and set up a pressure boosting unit for Nar field to increase the output of Nar and Kangan fields to 115 million cubic meters of gas in 2008,” he added.

He further stated that 54 gas wells had been drilled in Nar and Kangan fields and seven units collected and separated the commodity.

Owji said over 500 had been employed and 2,000 were working on contractual basis in Bushehr region, whose gas was transferred to Fajr-e Jam Refinery after it was processed.

Two other gas fields of the company were situated in Qeshm and Sarkhun, southern province of Hormuzgan, said the official, adding the two reserves were yielding over 16.5 million cubic of gas and 14 thousand barrels of condensates daily.

Owji said the 10 fields of South Zagros Oil and Gas Exploitation Co. had produced some 52 billion cubic meters of gas in the first nine months of current Iranian calendar year (March 21 to Dec. 21, 2007), showing an 18 percent growth in comparison with the figure of corresponding period in its previous year.

The official vowed that the volume would soar to 74 billion cubic meters of gas by March 19, 2008.

Owji, the National Iranian Oil Company’s Managing Director of the Year, said the company was extracting gas from six fields in southern province of Fars.

“Aghar and Dalan regions are producing more than 39.5 million cubic meters of gas and 10 thousand barrels of gas condensates per day,” said the official, adding nine gas collection units, one gas separation unit, and Farashband gas refinery with a daily capacity of 40 million cubic meters were active in the two regions.

Farashband refinery injected gas into grid in cold season and into oilfields in other seasons.

The managing director added four fields of Tabnak, Homa, Shanol, and Varavi having six gas collection units were producing over 84.5 million cubic meters of gas and 41 thousand barrels of gas condensates a day that were transferred to Parisan 1 and 2 refineries after undergoing processing stage. 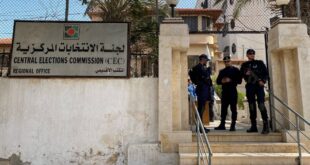