Kosovo Albanians will proclaim independence from Serbia on Sunday, ending a long chapter in the bloody breakup of Yugoslavia but cementing a bitter ethnic front line in the Balkans.The major Western powers back independence for the province, which has been run by the United Nations since NATO drove out Serb forces in 1999. Serbia and Russia are opposed.

Here is a chronology of key events since 1989:

June 1989 – Serbian President Slobodan Milosevic uses the 600th anniversary of the Battle of Kosovo, when the Ottoman Turks defeated the Serbs, to warn that Serbs will never yield control of the province. He starts stripping away its autonomy.

1998 – A guerrilla insurgency by the separatist Kosovo Liberation Army gathers pace and Serbian forces are accused of indiscriminate and brutal reprisals.

March 8, 2005 – Prime Minister Ramush Haradinaj is charged with war crimes and resigns to face trial in The Hague.

April 3, 2007 – With no compromise in sight, Ahtisaari proposes independence supervised by the European Union.

August – In an attempt to appease Moscow, envoys from the United States, the EU and Russia mediate a new round of diplomacy and talks.

December – Talks end in deadlock. The West says it will proceed with the Ahtisaari plan.

Jan 9, 2008 – Ex-guerrilla commander Hashim Thaci is elected prime minister, and promises Kosovo will declare independence “within weeks” in coordination with the West. 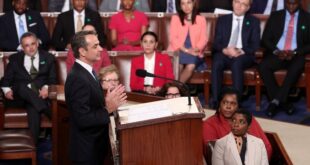