HANOIÂ – Vietnam, a non-permanent member of the U.N. Security Council, said on Monday it opposed Kosovo’s unilateral declaration of independence from Serbia.

U.N. Ambassador Le Luong Minh “reaffirmed Vietnam policy that the fact that Kosovo’s unilateral declaration of independence is not a correct implementation of the U.N. Security Council Resolution 1244 and that will only complicate the situation in Kosovo and the Balkan region”.

He called for dialogue and peaceful negotiations and said that measures should be taken to prevent possible violence against civilians and U.N. staff in Kosovo, the official Vietnam News Agency reported. 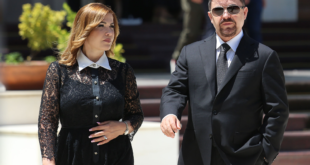 In Bosnia, National Identity is a Political Tool, Subject to Change