ZAGREB – Croatian police have arrested 44 people who burned the Serbian flag in Zagreb’s main square after Serb protesters attacked the Croatian embassy in Belgrade during a rally against Kosovo’s independence.

State news agency Hina said around 50 Croat protesters gathered at the square on Thursday night, chanting slogans and singing the national anthem, before they burned the flag.

The police turned out in force and arrested the rioters without violence, Hina said.

Jutarnji List daily newspaper said the protesters were hardline soccer fans from Zagreb, called the Bad Blue Boys, who have clashed with police and other fans during and after games.

On Thursday, rioters in Belgrade set fire to the U.S. embassy and attacked other foreign missions, including the Croatian embassy, after a largely peaceful mass rally against Western support for Kosovo’s secession.

Croatia’s foreign ministry spokesman said the two incidents did not bode well for bilateral relations, which were established after the war ended in 1995.

“But we’re confident this will not upset everything we have painstakingly worked to achieve in normalizing relations with Serbia in the last 10 years,” Mario Dragun said.

“Prompt police reaction in Zagreb showed what we think about such incidents,” he said.

A dozen countries, led by the United States, have recognized Kosovo this week despite opposition from Serbia and ally Russia, who call Kosovo’s independence a violation of the United Nations charter and Serbia’s territorial integrity.

Croatia, which seceded from Serbian-led Yugoslavia in 1991 and waged a war with its own Serb minority, has said it would recognize Kosovo but would not rush to do so. 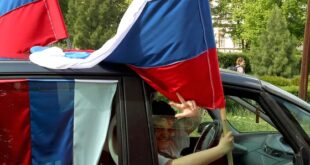