The rate must be approved by President Mahmoud Ahmadinejad, who has called for low interest rates. A minister said higher rates would hurt job creation and stifle investment.

“An additional reduction in a decree by the president has not been ruled out,” the economic newspaper Donya-ye Eqtesad said. 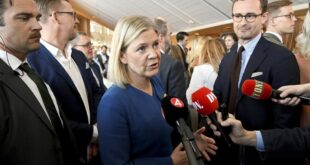