TEHRAN (FNA)- Iran’s Foreign Ministry summoned the British ambassador on Monday in protest against a British court’s verdict concerning the removal of an armed opposition to the Islamic Republic from the list of terrorist groups.

The Mojahedin-e Khalq Organization (MKO) won a seven-year legal battle on Wednesday when judges at Britain’s Court of Appeal upheld a ruling that the British government was wrong to brand the Iranian armed opposition group a terrorist organization.

Safari said such a court ruling showed double standard concerning the issue of terrorism and was not “suitable of a European government claiming to confront terrorism.”

He also stressed that the British government should take the responsibility of what the court has done.

On Thursday, Iran condemned the British court’s ruling, saying such a move would promote “terrorism”.

Iran “strongly condemns the removal of the Hypocrites (MKO) from the terrorist list,” Foreign Ministry Spokesman Seyed Mohammad Ali Hosseini said, adding the move “lacked any legal basis and was due to Britain’s double standards on the issue of terrorism”.

“The massive activities taken by the Hypocrites against the Iranian people and officials are known to everyone” and revoking the ban “will only help to spread terrorism and violence,” Hosseini said.

The MKO has been blacklisted as a terrorist organization by many countries.

Formed in the 1960s in opposition to the rule of US-backed shah, the MKO took part in the 1979 Islamic revolution to take control of Iran, but soon changed course and turned into the main armed opposition to the Islamic Republic and has, ever since, assassinated scores of people and officials.

The MKO was an ally of the former Iraqi dictator Saddam Hussein and killed thousands of Iranian civilians and soldiers during the US-backed Iraqi imposed war on Iran in the 1980s. 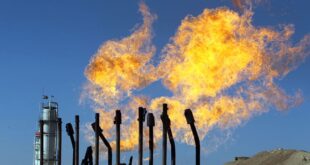