(Reuters) – Radovan Karadzic, one of the world’s most wanted men, has been arrested and is facing extradition to the United Nations war crimes tribunal in The Hague on two counts of genocide.

His arrest leaves two men on the run from the U.N. war crimes tribunal in The Hague.

RATKO MLADIC, 66 – Military leader of the Bosnian Serbs during the 1992-95 war, twice indicted on genocide charges, for the 43-month siege of Sarajevo in which around 12,000 people were killed, and for the Srebrenica massacre.

GORAN HADZIC, 49 – Croatian Serb local official, indicted for planning the murder and deportations of hundreds of non-Serbs in the self-declared Republic of Serbian Krajina in Croatia.

— The U.N. court has indicted 161 people for war crimes in the territory of the former Yugoslavia in the 1990s.

— Fifty-six people have been found guilty and sentenced, 10 have been acquitted, and 36 cases were dropped or the accused died. Aside from the fugitives, the rest are in various stages of trial, in The Hague or in their own countries. 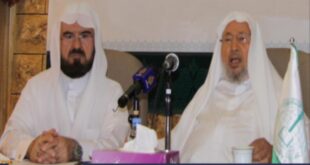