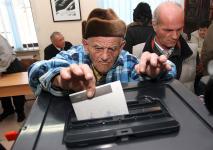 Albanian President Bamir Topi has set June 28 as the date of Albania’s parliamentary election, a crucial test of democratisation that will be watched closely by the European Union.

The vote to elect the 140-member parliament will be carried out with a new electoral system that has come under harsh criticism by small parliamentary parties and human rights bodies. The parliament voted the code on New Year’s Eve following a deal between the Democratic Party of Prime Minister Sali Berisha and the Socialist Party of Tirana mayor Edi Rama.

The new code, together with a series of constitutional changes hastily adopted in April, strengthens the office of the prime minister and both leaders’ position in their respective parties.

“Borrowing from political systems here and there, they have created a unique political scheme… in which Albanians have a choice only between Sali Berisha and Edi Rama,” political commentator Mero Baze told Balkan Insight.

With the new laws in play, the heads of the political parties choose the list of deputies, elect the president in a simple majority vote and enjoy greater control over the justice system.

“An anti-democratic system has been produced,” Baze added.

The code has also been criticized by the latest Freedom House report on political and civil liberties in Albania, which calls its approval and the changes to the constitution which paved its way as not transparent.

The changes to the electoral code sparked a bitter dispute between small political parties and their larger brethren, particularly on the left where Socialist leader Edi Rama faces a strong rival in the form of former Prime Minister Ilir Meta and his Socialist Movement for Integration, LSI, an off-shoot of the Socialists.

Meta, together with Nard Ndoka, head of the Christian Democrats, Petro Koci, leader of another splinter group from the Socialists and seven other deputies staged a temporary hunger strike on November 10 to win support for their objections to the new code.

Albania’s minor parties complain that the new system of proportional representation will greatly reduce the number of seats they hold in parliament. Under a new regional code, the threshold to enter parliament will range from 3 per cent in densely populated Tirana to 25 per cent in sparsely populated Kukes. As a result, smaller parties are certain to lose out in certain regions, decreasing their overall representation.

They also contest the use of two distinct formulas which calculate MP votes, which will greatly favour smaller parties running in a single list with bigger ones, while discriminating against those running independently.

Both the Socialists and the Democrats have brushed off criticism.

“This code will be remembered not only because it will ensure free and fair elections, but as a great example of political cooperation,” said Ilir Rusmali, a member of the Democratic Party who was co-chairman of the commission that drafted the code.