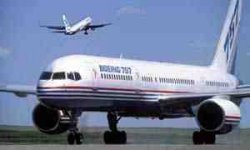 TEHRAN (FNA)- A top Iranian aviation official said his country is prepared to order passenger planes from Boeing if the United States lifts sanctions against Iran.

“The United States is harming its own commercial interests,” Jafarzadeh said, adding that “if Americans want to save themselves from the current financial meltdown, they need to reconsider their policies.”

Jafarzadeh said sanctions have also forced Iran to import technology from Ukraine and build planes itself.

The United States and Iran broke diplomatic relations in April 1980, after Iranian students seized the United States’ espionage center at its embassy in Tehran. The two countries have had tense relations ever since.

Since the 1979 Islamic Revolution, Iran has been subject to US sanctions that hinder the purchase of not only military fighter planes but also civilian passenger aircraft and spare parts.