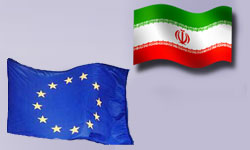 He also warned EU about consequences of compromise with the terrorist groups that have clear and absolute record of massacring innocent people.

Recalling EU’s international and internal commitments to the war on terror, Safari described EU foreign ministers’ decision to remove the MKO from the block’s blacklist as “political and an unacceptable action”.

The MKO has never denied its dark and terrorist records and made no changes in its nature, structure, ideology and armed opposition policy, lamented the Iranian diplomat.

Referring to the sensitivities of the Middle-East and the terrorist groups’ efforts to create insecurity in the region, he said any compromise with these groups will cause increase in violence and terrorist actions.

The Czech Republic’s ambassador, who represented European envoys to Tehran in the session, for his part, promised to reflect Iran’s point of view to the EU members and bodies.

He also stressed the necessity to fight terrorism and expressed hope that Iran and EU cooperation regarding campaign against terrorism would continue and produce desirable results.

The Czech Republic holds the rotating presidency of the EU.

The EU last Monday removed the MKO terrorist group from its black list which provoked strong condemnations by Iranian officials.

Before the overture, the MKO was on the European Union’s list of terrorist organizations subject to an EU-wide assets freeze. Yet, the MKO puppet leader, Maryam Rajavi, who has residency in France, regularly visited Brussels and despite the ban enjoyed full freedom in Europe.

According to the Human Rights Watch report, the outlawed group puts defectors under torture and jail terms.

The UK initiative, however, prompted the European Union to establish relations with the exiled organization now based in Paris. The European Court of First Instance threw its weight behind the MKO in December and annulled its previous decision to freeze its funds.

Post Views: 357
Previous Iran Not to Hold Talks with US in Munich
Next Israel admits its troops killed Gaza girls