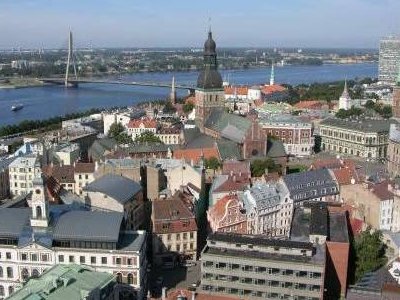 Valdis Dombrovskis is forming a government after the old one collapsed last month, a victim of the global financial crisis.

The former finance minister nominated to form a new Latvian government named his cabinet on Wednesday, but disagreements immediately emerged with a key coalition partner over who should join the administration.

Valdis Dombrovskis, 37, of the centre-right opposition party New Era, is forming a government after the old one collapsed last month, a victim of the global financial crisis.

He also faces the task of making more budget cuts to meet the terms of a 7.5 billion euro ($9.49 billion) IMF-led rescue.

“On the one hand this government line-up brings new faces into the cabinet of ministers and on the other also ensures a certain continuity (from the old government),” Dombrovskis told a news conference as he presented his government.

Among key appointments, former prime minister and New Era party ally Einars Repse has been nominated for the finance ministry post, as expected. Foreign Minister Maris Riekstins will remain in his post.

The coalition includes five parties, Dombrovskis said. This would be New Era, three of the four parties from the outgoing government and a smaller centre-right party, Civic Union. The coalition would have 64 votes in the 100-seat parliament.

But differences immediately emerged with the People’s Party, the largest party in the new and old coalition.

It said it wanted another party, that of outgoing prime minister Ivars Godmanis, to be in the new government too.

Excluding Godmanis’s party meant a loss of 10 votes in parliament, he said. He hoped Dombrovskis would still hold talks on having Godmanis in the cabinet.

Dombrovskis has to win a parliament confidence vote, which is expected to take place on March 12.

He has said the parties of the new government need to agree on tough budget cuts amounting to about 700 million lats ($1.25 billion), about 5 percent of gross domestic product (GDP), to meet a budget deficit goal set under the agreement with the IMF.

The extra cuts are needed as the economy is forecast to drop 12 percent this year, double that expected when the rescue was negotiated with the International Monetary Fund (IMF) last year.