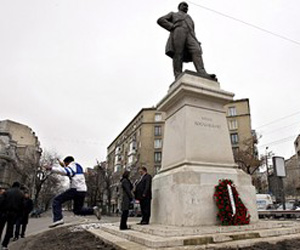 A Romanian Court is going to try the appeal filed by the Bulgarian national Petar Zikulov, who is charged with espionage, and is currently detained for 29 days, the maximum period under Romanian law.

Peter Zikulov, and Floricel Achim, a Romanian military officer, were arrested in Bucharest Monday on charges of espionage and treason. They have been accused of leaking military secrets to a third country that was not an EU and NATO member.

It was first alleged in Romanian media that the third country was Russia. According to Romanian authorities, Zikulov and the Romanian officer have admitted that they sold classified information for about USD 1,000 a piece to the Ukraine. The brewing scandal surrounding the case already led to the unprecedented expulsion of the Ukrainian Military Attaché from Romania. The Ukrainian Foreign Ministry had not yet issued any official comments regarding the case.

In the mean time, the Bulgarian Foreign Ministry announced that Zikulov was appointed a lawyer, selected by Zikulov himself.

Zikulov has a consulting company in the Romanian capital, but is a former employee of the Bulgarian Embassy in Bucharest, reportedly, a Military Attaché, whose mandate has expired. The Bulgarian information agency, BGNES, points out that the Bulgarian Foreign Ministry has not yet confirmed Zikulov’s exact involvement with the Bulgarian diplomacy in Romania.

BGNES further reports that Zikulov has admitted before the Romanian magistrates that in 2001-2002 he had been friendly with Ukrainian diplomats in Bucharest, who have hinted that they were interested in obtaining classified information and were ready to pay USD 800-1000 for it. In 2001, Zikulov met Achim, who, as an officer from the Romanian Defense Ministry, had top security clearance and access to computer data, containing classified information.

Zikulov recruited Achim as a spy and for eight years the two secretly met in various locations in downtown Bucharest where the Romanian gave Zikulov information in USB format and received money hidden in different objects.

There are fears that the scandal can grow in case NATO information has been involved. Romanian authorities are investigating the possibility and said that if they establish leaks of NATO classified data, they would immediately notify the Alliance.

The Deputy Chair of the Municipal Council in the Bulgarian city of Sliven and former officer of the Bulgarian State security, Marin Kavrukov, said in a special interview for Darik that he knew Zikulov in person and confirmed he was a close relative of the former Chief of the Bulgarian Military Intelligence during the Communist regime – Vladimir Zikulov.

Kavrukov warned that the case could be connected with some large scale operation that could involve not only the Ukraine and its aspirations to join NATO, but also Russia and Bulgaria, which could turn into a really huge political and diplomatic scandal.

The Romanians have officially declared that the accusations were not against Bulgaria and Zikulov’s actions had nothing to do with his native country.

Post Views: 193
Previous Three projects that are EU’s main interest has been worked out
Next Bulgaria Economy Minister: Crisis Saves Us from Import of Workers