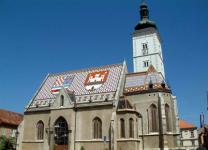 Hungarian Defence Minister Imre Szekeres said Croatia and Albania will become full members of NATO at the upcoming NATO summit, and reaffirmed his full support for their integration.

“In a month, Croatia and Albania will become full members of NATO and that is not only important
for them, but for the entire region,” said Imre Szekeres, who was taking part in an informal meeting of defence ministers of South-eastern European countries in Zagreb. He said he hopes all countries in the region join the Euro-Atlantic organisations as soon as they can.

The NATO Summit will take place in Strasbourg and Kehl on April 3 and 4.

The Hungarian minister said he is convinced that after Croatia and Albania enter NATO, Macedonia will follow once it solves its dispute with Greece.

Croatia’s Defence Minister Branko Vukelic said the meeting did not touch upon Slovenia dispute with Croatia. “Croatia’s membership in NATO is good for both Croatia and Slovenia, as well as the region, so all countries are firmly supporting Croatia’s entry into NATO,” Vukelic said.

Comparing the border dispute between Croatia and Slovenia with open issues that remain unresolved between Hungary and Slovakia, as well as Romania, Szekeres recalled that despite these issues, his country supported these countries’ accession into NATO five years ago.

Post Views: 409
Previous Lukashenko Has Some Advice for Serbs
Next Bulgaria Checks MP Hopefuls for Murky Past