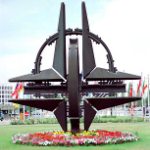 Sarajevo, March 9  – Macedonia’s participation in difficult missions, such as ALTEA, is an additional reason for the country to soon join NATO, said Derek Chappell, a spokesman for NATO headquarters in Bosnia-Herzegovina.

– The Summit in Bucharest has clearly shown that NATO allies wish to see Macedonia in their company, but there is the name row. The moment it is settled we believe Macedonia will become a full-fledged NATO members, Chappell told reporters on Monday in Sarajevo.

EUFOR spokesman Patrick O’Callaghan gave credit to Macedonia medical team for their substantial contribution to the mission in Bosnia/Herzegovina.