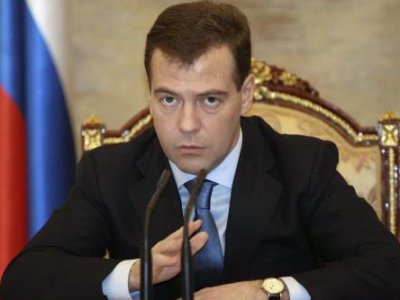 Medvedev, who made anti-corruption one of his election campaign pledges, said laws late last year had achieved only “extremely modest” results and that the economic crisis highlighted the need for further reform.

“In a period when the country is facing problems, people who are trying to profit (from corruption) should be dismissed from state service immediately,” Medvedev said.

Medvedev said new regulations would require specific senior officials to declare their property on an annual basis and would set out procedures for doing so.

The regulations, he said, would require all new legislation to be vetted to avoid loopholes that create new opportunities for corruption. Commissions would probe conflicts of interest in the employment of retired officials, he said.

Corruption is deeply embedded in Russian society and successive leaders have tried, unsuccessfully, to stamp it out. Transparency International ranked Russia 147th most corrupt of 180 countries studied in its 2008 Corruption Perceptions index.

Legislation proposed by Medvedev and passed in December bar officials from accepting gifts worth more than 3,000 roubles ($83.96) and force bureaucrats to inform state bodies if they plan to join commercial firms in which they may have vested interests.

The proposed legislation envisages penalties such as confiscation of property for guilty officials.

Corruption is a way of life for many Russians at every level of society — from small bribes paid to traffic policemen or schools to kickbacks paid to senior officials who hold sway over Russia’s vast natural resources.

Last year Medvedev complained that official jobs were often simply put up for sale to the highest bidder.