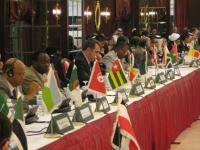 A resolution adopted the Organisation of Islamic Conference, OIC, which welcomes cooperation with Kosovo and calls on the international community to continue to foster the country’s economy, has been greeted as a success by both Pristina and Belgrade.

But while both countries claim victory, they give very different interpretations to the resolution.

Kosovo is hopeful that it will lead to a wave of new recognitions by OIC member states for its independence.

Belgrade, however, says it secured last minute changes to the resolution which stops well short of calling on member states to recongise Kosovo.

Albania, which drafted the resolution which was then sponsored by Saudi Arabia, says that while the OIC does not call on its members to recognise Pristina, the resolution puts Kosovo on the permanent agenda of the organisation by mandating its secretariat to report on events related to Kosovo in future meetings.

‘We greet the resolution of the OIC as a historic step for the recognition of Kosovo and peace and stability in the Balkans,’ said Albanian Prime Minister Sali Berisha.

‘The adoption of this resolution is witness of a new climate between the OIC and Kosovo, which comes after the very important recognition by Saudi Arabia a few weeks ago,’ said Albanian Foreign Minister Lulzim Basha in a statement.

’The vote for the resolution, even by countries that have not recognised Kosovo, demonstrates that independent Kosovo is a reality that cannot be turned around and its international recognition an unstoppable process,’ he added.

Kosovo’s President Fatmir Sejdiu said the resolution “is a crucial act for the future of our country and the future of the entire region”.

But Serbia’s foreign minister Vuk Jeremic says that he secured last minute changes to the resolution after lobbying heavily for 48 hours over the weekend to make sure that the final statement was ‘status neutral’.

He said that Syria, Egypt and Azerbaijan submitted amendments to the resolution, so that the text did not call for Kosovo’s independence to be recognised. Nor is Kosovo’s ‘statehood’ mentioned in the resolution, said Jeremic.

He said this was ‘yet another important diplomatic victory for Serbia’.

Kosovo declared unilateral independence from Serbia in February, 2008, and has since been recognised by 60 countries.