No Appeal to Acquittal of Frmr Serbian President 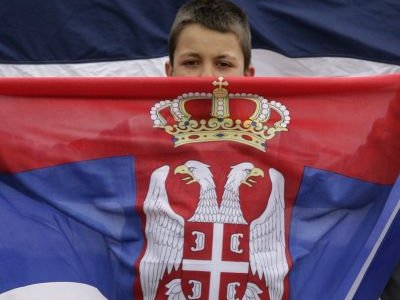 he prosecution of The Hague’s international war crimes tribunal will not file an appeal to the not guilty verdict in the case of former Serbian president Milan Milutinovic, who was tried for war crimes in Kosovo in the first half of 1999, Belgrade’s daily ‘Vecernje novosti’ cited a statement by the prosecution’s spokeswoman, Olga Kavran.

According to Kavran, after studying in detail the verdict regarding Milutinovic’s individual criminal responsibility, the prosecution concluded it would not have any success in the appeal process.

The Office of the tribunal’s Chief Prosecutor, Serge Brammertz, said the prosecution would appeal the other five counts and, according to Kavran, it would request higher sentences for all of them.

The ‘Vecernje novosti’ daily reports that the deadline for the prosecution and defence to state whether they will appeal the verdict of first instance in “the Kosovo case” in which five former top state, military and police officials of the former Federal Republic of Yugoslavia and Serbia were convicted expired on Wednesday and that the defence attorneys of all of the defendants announced to appeal the verdicts.

On February 26, 2009, the international war crimes tribunal sentenced former vice-premier of the Federal Republic of Yugoslavia Nikola Sainovic and generals Nebojsa Pavkovic and Steren Lukic to 22 years i prison each, and generals Dragoljub Ojdanic and Vladimir Lazarevic to 15 years in jail for crimes committed against Albanians in Kosovo.

The former Serbian president, Milan Milutinovic, was acquitted on all counts. The judgment states that he did not directly control the Yugoslavian army, that he was not among the closest associates of Slobodan Milosevic, nor was he among the key people in the then ruling Socialist Party of Serbia.

This is the first judgment passed by The Hague’s tribunal for crimes committed by Serbian and former Yugoslav troops in Kosovo.