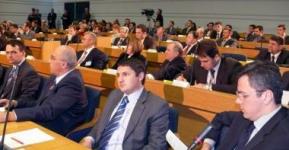 The caucus of Bosniak (Bosnian Muslim) deputies in Bosnia’s Serb-dominated entity of Republika Srpska are boycotting the local parliament until they are granted equal voting rights.

“It is logical that this will lead to the blockade of the work of the [Republika Srpska] institutions, but Bosniaks had no other choice,” media on Tuesday quoted Adil Osmanovic, the Bosniak vice president of the Republika Srpska, as saying.

Last week’s decision of the Republika Srpska Constitutional Court to erase the prefix “Bosnian” from the names of two towns – Bosanski Brod and Bosanska Kostajnica – despite Bosniak claims that such a move was in violation of national interests, was the final motivating factor behind the Assembly boycott, Osmanovic said.

The speaker of the Republika Srpska Assembly, Igor Radojicic, said that if carried out, the boycott would essentially halt the Assembly’s work, which in turn would block the adoption of a new budget rebalance, ratification of a stand-by arrangement with the International Monetary Fund, and the adoption of many other important laws.

Western diplomats told Balkan Insight that the boycott was an indication that local leaders are ready to “race each other to the bottom” despite the dire consequences for the country itself.