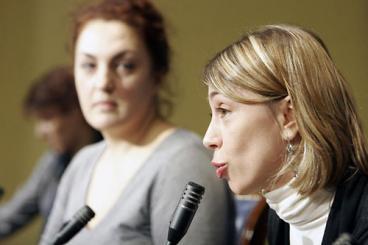 70 percent of the National Integration Plan for the EU has been completed, the European Integration Office announced today.The government has adopted 10 out of 13 of its planned laws, equaling 77 percent, while parliament adopted 42 laws between April and June–2.8 times more than it received from the government

The European Integration Office’s report for the last three months stresses that significant progress was made between April and June, with parliament, in particular, displaying higher legislative efficiency.

European Integration Office Director Milica Delević told B92 that the “champion in terms of meeting criteria in this period is parliament,“ reiterating though that there was still a long way to go.

Of the ministries, the Health Ministry had the most planned laws, with four of its five draft laws ready adopted, followed by the Science Ministry with two out of three.

The busiest ministry was the Finance Ministry, which had to adopt six laws, five of which were unplanned, linked to urgent obligations in the field of customs.

Adoption of the draft law on mandatory insurance and traffic meant that the ministry had completed its one remaining obligation from the previous year.

In terms of obligations dating back to previous reporting periods, 10 of 26 have been completed, 11 are due to be completed by the end of the year, and one at the start of 2010, according to a statement issued today.

In the same period, parliament has adopted 67 laws, or 73 percent of its target.