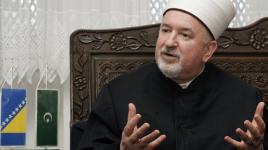 The leader of Bosnia’s Islamic Community, Mustafa Ceric, and Kosovo Mufti Naim Ternava have called on Muslims not to succumb to radicalism.

The call came as Ceric led Thursday prayers at a Pristina mosque.

“Islam has nothing in common with radicalism and terrorism. Therefore many missionaries that come from the east and west should not be given space to use the weak economy for religious conversion or […] radical education since they strike at the principles of Islam,” said Ternava.

Ceric’s three-day visit has sparked controversy in the region, particularly in Serb-populated areas, with some leaders claiming it contributes to the destabilisation of the region.

Kosovo’s President Fatmir Sejdiu praised the meeting between the two Islamic leaders, congratulating them for their close cooperation in light of the fact that Bosnia and Hervegovina has still not recognised Kosovo’s independence.

Ceric said that the two countries need to work on showing the world the true principles of Islam, rather that the radicalism portrayed by some groups.

“Now we have marked the sixth century of Islam in the Balkans and we wish to present this tradition in the best way possible to Europe and the world,” he said.

The Bosniak spiritual leader added that he was invited by Ternava in order to deepen ties between the populations of Bosnia-Hervegovina and Kosovo. A memorandum of cooperation is expected to be signed by both religious leaders today.