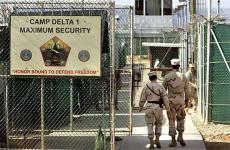 Detainees from Guantanamo Bay might be relocated to Zabela prison in Pozarevac, Serbia, an anonymous source close to the Serbian government told daily Danas on Tuesday.

According to the source, Serbia’s embassy in Washington has passed the prisoner transfer proposal to the US government in order to strengthen bilateral relations.

Guantanamo Bay has hosted a detention camp for alleged militants since 2002.

The Barack Obama administration planned to shut down the prison camp within the year and to either repatriate the 240 detainees or move them to high security jails in the US.

However, the US Senate passed an amendment on May 20 which blocked the necessary funds for transferring detainees.

The source said that a precondition for the inmates’ relocation to Serbia is that Serbia adopts a law regarding criminal procedures, expected to pass in parliament in September.

Special investigative techniques will be extended to police looking into organised crime under the Criminal Procedure Code.

Balkan Insight can reveal that the ministry has not been informed about the reported government proposal. The new laws will only apply to prisoners currently held by Serbia.

The newspaper claims that a special section of Zabela prison, known in Serbia as the ‘prison inside the prison’, which is supposed to host the Guantanamo prisoners, has been recently renovated and can hold 120 prisoners The newly renovated facility features strong security features. It is enclosed by a six metre high fence, has four guard towers, and 100 cameras monitor the area.

The US and EU endorsed a joint statement on the closure of the Guantanamo Bay detention facility on June 15, pledging that their future counterterrorism cooperation would be premised on shared values, international law, respect for human rights and the rule of law.

The joint statement fully backs the US decision to close the detention centre and allows EU member states to receive former detainees cleared for release, upon US request.

Some countries, such as the UK, France, Spain, Italy and Portugal have announced that they might be able to place Guantanamo inmates in their prisons, while Austria, Sweden, Australia, Denmark and the Netherlands refuse to accept the prisoners.

Post Views: 148
Previous US Against Kosovo’s Partition
Next Analyst on visa regime and Kosovo residents