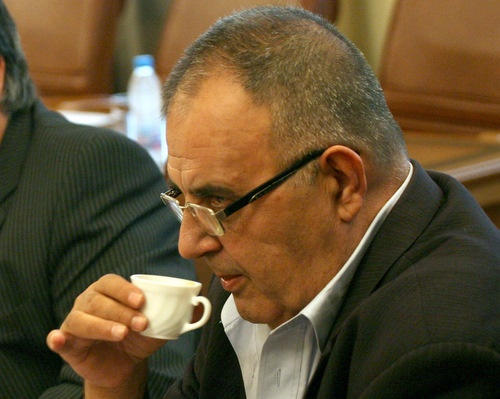 Bulgaria’s Minister without a portfolio, Bozhidar Dimitrov, said Friday he was ready to serve the three-month prison sentence of Spaska Mitrova, a Macedonian with Bulgarian passport.

The 23-year-old Mitrova was jailed over failing to provide a bed in her parent’s house for her former husband who was supposed to see their baby on weekends. Mitrova allegedly divorced her husband because he was abusing her national identity (Bulgaria), and has been harassed by the Macedonian authorities for the same reason.

Dimitrov, who is in charge of the Bulgarian diaspora abroad, said he wanted to serve the young woman’s sentence instead of her so she could be with her baby.

“After I serve two and a half months in the Macedonian jail, it won’t be a surprise if all prisoners and prison administration apply for Bulgarian passports. Especially after they find out that they grandparents were of Bulgarian origin,” said Dimitrov who is a historian and a prominent speaker on the Bulgarian-Macedonian relations seeking to prove that today’s Macedonian nation once was part of the Bulgarian nation.

Dimitrov’s statement reiterated an earlier public declaration by Macedonian writer, Mladen Sarbinovski, who is protesting Mitrova’s sentence on humanitarian grounds, not on the basis of her Bulgarian passport.

After Bulgaria protested, Macedonia’s authorities notified the Bulgarian government that the sentence would not be reviewed. The Bulgarian Foreign Ministry said the case should not affect the bilateral relations, and that Bulgaria would continue to support Macedonia for NATO and EU integration, and to liberalize its visa regime for Macedonians.

The Bulgarian consul in Skopje has been allowed two visits to Mitrova in August, and the Foreign Ministry expects that there would be better communication with the Macedonian authorities.

Bulgaria’s nationalist party VMRO already insisted that Bulgaria veto Macedonia’s accession to NATO and the EU over the harassment of Macedonians with Bulgarian passports.