Possibility of permanent division getting stronger in Cyprus 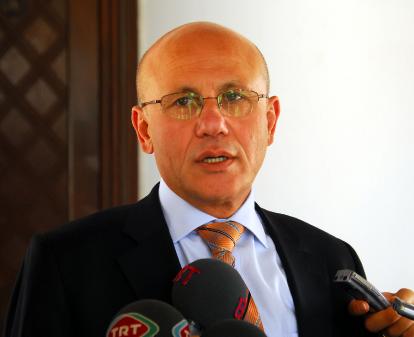 In the wake of the second round of talks between Turkish Cyprus and Greek Cyprus that are due to resume on Sept. 3, Turkish Cyprus President Mehmet Ali Talat said the possibility of the division on the island to be permanent was getting stronger.

Referring to Greek Cypriot President Dimitris Christofias’s call on the European Union to exert pressure on Turkey, in the light of its EU accession course and its European aspirations, to change Ankara’s stance and cooperate toward reaching a settlement, Talat said, “Christofias’s threats to Turkey look funny.”

Talat said: “I am not willing to give Karpaz and Güzelyurt [regions in northern Cyprus] if the Greeks ask for it. These are issues that have not been discussed yet. It is better if they are not discussed through the press.”

Talat said the recent opening of Quran courses in northern Cyprus was bothersome and that religious education should be given in schools. “It should be given during school terms, not during summer breaks,” he added.