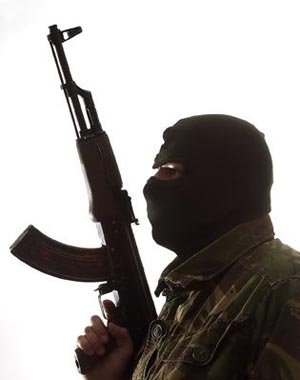 Recent news updates from leading Greek media citing commentary and exclusive information from high-level police and security circles indicate that arrests are underway regarding domestic terrorist groups that have managed over the past 5 years to launch impressive attacks against a variety of state, diplomatic and police targets.

According to the reports there are indications that the Greek anti-terrorist unit and the Greek intelligence service have managed to acquire valuable information relating to the culprits of the attacks and several journalists have noted that arrests cannot be ruled out within the coming weeks.

The two most sought-after terrorist groups in Greece are the “Revolutionary Struggle” and the “Revolutionary Sect”. The former appeared in late 2003 and has launched a series of attacks since then, the most important being the rocket attack against the US Embassy in Athens on January the 12th 2007. The latter appeared in early 2009 and has attacked a TV station, public buildings and fatally wounded an anti-terrorist police Sergeant in June this year.

The present article will provide several notes and information regarding the attack against the American Embassy in Athens, streaming from news reports at that time and public commentary thereafter in the Greek and international media.

The attack on the American Embassy

The attack took place at 05:58 hrs on the 12th of January 2007, after a RPG rocket was launched in the building from across the street, causing material damages.

The terrorist attack against the US Embassy in Athens, the location, and the way it was hit, indicated that it was performed by very well-trained terrorists capable of performing terrorist acts in the city center and in one of the busiest streets in the Greek capital. So far, there was no-known eyewitness who saw the terrorists or the launch of the rocket.

On the private Greek TV stations MEGA Channel and Ant1 TV, which covered the events from the beginning, more than 10 people living behind the US Embassy building and near where the Ambassador’s house is located, stated that they heard “dense shots” in the back of the Embassy’s building two hours before the rocket blast.

For these public statements the Greek forces and the US Embassy made no formal comments, whilst from 10:00 hrs local time (on January 12, 2007) none of the Greek media again mentioned such statements.

Also, after the attack a threatening telephone call was made, placing warning of a bomb in the Athens Olympic Stadium; the warning proved to be misleading.

Initial information mentioned that a rocket launcher was found on a construction site opposite of the US Embassy, and referred to an auto-launched rocket, 28.6 inches in length, similar to those used by the terrorist organization November 17.

The terrorists aimed to conduct an impressive and symbolic attack by targeting the US eagle emblem which hangs in the front of the building, but they missed as they hit some centimeters above the main target, and they actually hit offices located on the third floor of the building.

The official confirmation by the police authorities is that a Chinese-type Antitank Launcher, RPG-7 type, was used.

Moreover, the terrorist act of the Revolutionary Struggle against a target like the US Embassy in Athens signaled its establishment as the successor of the November 17.

This theory is supported by the fact that the same day, on January 12, 2007 – in the Court in Athens, the operational member and one of the leading figures of November 17th – Demitris Koufodinas, codenamed “Lukas” – testified in his appeal trial process. Lukas was supposed to testify on Monday, January 8, 2007, but he requested a hearing for the 12/01.

On the other hand, the use of the RPG-7 from a close distance, against a heavily guarded target, indicated good training, decisiveness, experience, and a willingness to “internationalize” their acts, with the aim of winning international exposure of their organization.

Undoubtedly, after the US Embassy strike in Athens, the Revolutionary Struggle was regarded as the number one domestic terrorist organization in Greece, attracting possibly the followers of November 17 and of the Revolutionary People’s Struggle (ELA).
November 17 had, on February 15, 1996, conducted a rocket attack against the US Ambassador’s house in Athens. At that time the rocket had hit the protection wall.

The weeks after the attack Greek daily papers tend to confirm the suspicion that the attack in the USA Embassy in Athens had an Albanian or Balkan connection in general. The Athenian newspaper “Eleftheros Typos” assumed that the rocket launcher was sold by the Albanian organized crime groups to the Greek culprits for the amount of some 2,500 Euro. Moreover the activity of these crime groups is to be found in Western FYROM which is mostly populated by Albanians and they regularly illegally export weaponry to Greek criminal groups. .

Also the Greek newspaper “To Vima” revealed the strong connections of Albanian organized crime and the Greek illegal weapons market that has flourished since the 1997 uprising in Albania and the consequent “disappearance” of hundreds of thousands of weapons from that country.

Lastly the Global Information Service (GIS) of the American Defense & Foreign Affairs institute made an articulate research about the attack and published its estimations that supported the notion that a wider plan for destabilization in the Balkans at that period was underway.

The author of the present article was interviewed by the Greek radio station “Sky” just a few hours after the 12th of January attack and pointed out towards a wider Balkan nexus, according to the then available data. On the 14th of January on a second interview by the same media , as well as the Deutche Welle in Greece and Athens International Radio- more commentary was provided in order to draw a clearer view of the modern-day correlation between terrorism and crime, a relationship that was formally acknowledged by a governmental minister in early 2009, when Mr. Markoyannakis head of the Public Order Ministry, admitted in an interview in the newspaper To Vima, that Greek terrorists have a definite bond with crime networks.

In parallel quite a few experts and security analysts supported the aforementioned hypothesis through public appearances in the media.

Lastly the Greek daily Kathimerini revealed in early February 2007, that a team of Greek police officers ventured in several locations in the Southern Balkans in order to track possible contraband routes relating to the attack. Since then no other data of importance surfaced in the press, despite several arrests of arms trafficking groups in Greece and other organized crime related networks in the country.

In conclusion the information available for the moment tends to support the notion that terrorism in Greece is related to organized crime and has a certain regional nexus, at least in its peripheral organizational structures, a very important element that may eventually reveal much sought evidence to the Police and end an era of political violence in the country.

THE POST-“CALIPHATE” TERRORISM: A MORE COMPLEX THREAT FOR EUROPE

BACK TO FOUR FLAGS … AND MORE?

SAUDI ARABIA: BEYOND THE INSTITUTIONAL REFORM

Nearly four years after the Chibok attack, from which an estimated 112 of the abducted …