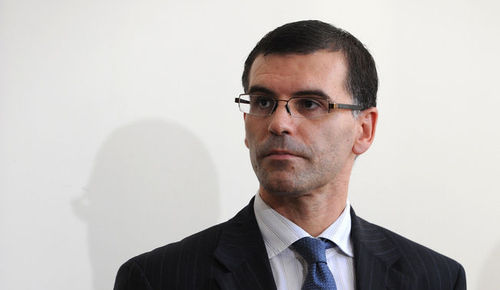 Simeon Dyankov, Bulgaria’s Finance Minister and Deputy Prime Minister, says that the flat income tax rate will stay unchanged, while Value-Added Tax (VAT) could be cut from the current 20 per cent to 18 per cent in 2010 and by a further two per cent by the end of the term of office of Prime Minister Boiko Borissov’s administration.

However, he said that fiscal policy should not be tampered with during the economic crisis, lest risk be created by unexpected changes.

Dyankov said, as quoted by Dnevnik, that after three months it would become clear whether signs of economic recovery were just a spark or represented a sustainable trend.

Given that Bulgaria followed the trends of its main economic partners, if Germany began to recover now, Bulgaria’s recovery would start in spring 2010.

Bulgaria needed to show results in fighting corruption and the management of EU funds, because these were important for euro area membership, Dyankov said.

Flat tax, which collects 10 per cent of taxpayers’ income, was introduced in Bulgaria at the beginning of 2008, replacing the previous system, which combined several different tax rates – between 20 and 24 per cent, depending on income.

The introduction of a flat rate was the second step in the tax reform after the formalisation of the 10 per cent income tax at the beginning of 2007.