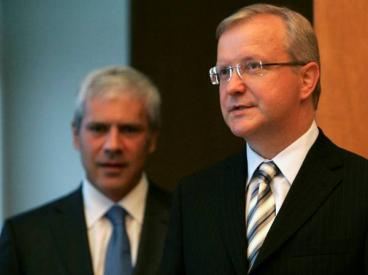 Speaking at a meeting of the European Parliament’s Foreign Affairs Committee, Rehn said that Serbia was one step away from a surefire place on the list of states in the region that will receive a visa-free regime starting from January 1.

“The authorities in Serbia continue to work hard on achieving the necessary reforms. At the same time, Serbia is unilaterally applying the interim trade agreement too, even despite the economic situation,” said Rehn.

There will also be talk of Serbia’s European integration during today’s meeting between Serbian and Italian Foreign Ministers Vuk Jeremić and Franco Frattini in Rome. The two ministers will discuss bilateral relations between the two countries, Serbia’s European perspective and enhancing regional cooperation.

Rehn announced that the European institutions would be according particular attention to Bosnia-Herzegovina in the coming period.

“We need to see for ourselves whether Bosnia can speak with one voice, whether it can have a public authority that is able to meet the obligations that EU membership carries, because we’re serious when we talk about Bosnia’s European perspective,” said the commissioner.

He added that accession talks with Croatia could be concluded in the first half of next year if the necessary conditions were met.

Post Views: 135
Previous “EULEX to offer Serbia two more agreements”
Next Communist Party has announced the formation of its faction in Parliament