I am innocent; there was no evidence against me 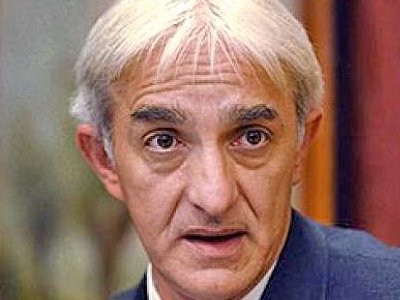 ‘Captain Dragan’, a man accused of war crimes, was released after three years spent in an Australian prison

‘Captain Dragan’, was released after three years spent in an Australian prison. Ivan Simonovic, Croatia’s Minister of Justice, plans to appeal against it.

Vasiljkovic, who spent three years in Parkleu, initially said that he was ‘horrified at the way they treated him ‘, only to follow it by a later appraisal of Australian Jurisdiction and their decision to free him.

Vasiljkovic explained that he was innocent and that he was forced to spend years in prison while, he claims, there was no evidence against him. Fortunately, ‘there are still fair judges’, he says. Captain Dragan’s sense of empathy was newly awakened during his time in prison and he adds that he wouldn’t want this kind of evil for himself or any other Australian man.

Simonovic will submit an appeal to Australian Supreme Court

Vecernji List writes that Croatia’s Minister of Justice, Ivan Simonovic, will send an appeal to Australian Supreme court within the next 15 days. He also said that second appeal will be sent to the court in South Wales.

Dragan Vasiljkovic, known in Australia as Dragan Snedden, commanded Serbian paramilitary units during Yugoslavian war in 1991. His charges include abuse and murder of Croatian police officers as well as execution of army members.

Following Republic of Croatia’s international warrant, he was arrested in Sydney on January 20th 2006.