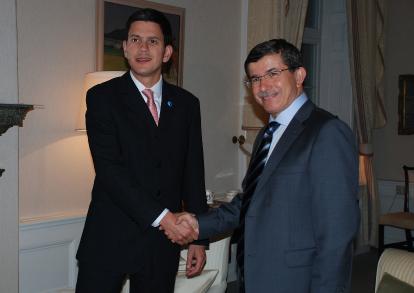 Turkey’s foreign minister has urged his European Union counterparts to speed up the process of his country’s EU membership bid and not let the Cyprus issue stall negotiations.

In an opinion piece in Swedish daily Dagens Nyheter, Ahmet Davutoğlu said his country has started an “unparalleled reform” process to live up to EU demands and urged the union to stick to its part of the deal and assess the bid.

The article was published Saturday – the second day of an informal EU foreign ministers’ meeting in Stockholm.

Davutoğlu said the EU has to pressure the Greek Cypriots to take on a “constructive attitude” in negotiations regarding the island nation, which was split into Greek and Turkish parts in 1974.