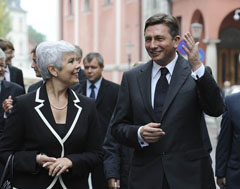 EU Board for Slovenian parliament accepted accession conference with Croatia in order to open six and close five negotiation chapters.

This was confirmed by a MP from the leading party of social democrats, after the closed board session in Ljubljana, adding that with the opening and the closure of the chapters, the conference set to be held on Friday will bring unilateral announcements and help Croatia protect its interests in the accession process.

The first unilateral announcement will be about the agreement between the Prime Ministers of Croatia and Slovenia for removing the blockade for accession talks and extension for border negotiations.