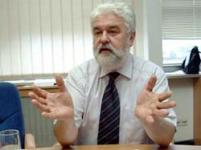 Serbian Prime Minister Mirko Cvetkovic accepted on Wednesday proposed amendments from The League of Social-Democrats of Vojvodina, LSV, on the draft law that will provide the region of Vojvodina greater autonomy.

Speaking at a press conference after the meeting with LSV leader Nenad Canak, the prime minister said he expects the draft law to be adopted by his cabinet on Thursday, after which it will go to a parliamentary vote.

“The most important fact is that the amendments we talked about will not allow any further laws to reduce the autonomous powers which Vojvodina has under its Statute of Autonomy,” Tanjug news agency quoted Canak as saying.

The Serbian government published on Tuesday on its website the much awaited draft bill. The bill has divided opinion among Vojvodina’s political parties.

While some are saying that they would accept the bill as it stood, LSV was disappointed that the bill did not grant the region greater trappings of statehood such as its own academy of sciences, or that the city of Novi Sad will not be an official capital. LSV has also disagreed the fact that the law does not permit Vojvodina to govern its public enterprises, or draw an income directly from these assets.

At the meeting with Canak, Cvetkovic agreed to accept amendments to the bill, agreeing to recognise Vojvodina’s Academy of Sciences and Arts and give greater powers to the province’s institutions to control certain public companies. The prime minister also agreed to elevate the status of Novi Sad, Vojvodina’s capital.