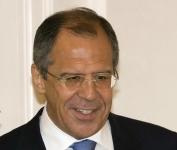 Russian Foreign Minister Sergei Lavrov said Thursday in Sarajevo that his country favored closing down the powerful international envoy’s office in Bosnia, echoing views repeatedly voiced by Bosnian Serbs over the past months.

“We believe that Bosnia and Herzegovina must take the responsibility for its own destiny,” Lavrov said after meeting with his Bosnian counterpart Sven Alkalaj.

Lavrov added that Russia would “invest its utmost efforts” to speed up the prompt closure of the Office of the High Representative, OHR.

The future of the OHR will be discussed by the Peace Implementation Council, a group of 55 countries and international organisations that sponsor and direct the peace implementation process in Bosnia, when it meets in Sarajevo on 18 November. Russia and the United States are both represented on the Council.

The OHR was due to be phased out in 2007, but its mandate was extended because of political instability and the failure of Bosnian politicians to agree on necessary reforms.

Bosnian Serbs have recently stepped up their opposition to the OHR’s continued presence in the country accusing the top international envoy, currently Austrian diplomat Valentin Inzko, of abusing his powers which include the right to impose laws and sack obstructive elected officials.

Bosnian Serb Prime Minister Milorad Dodik reiterated this view ahead of a meeting with Lavrov in Sarajevo. “The time is up for the OHR to close if international community wants to retain its authority in Bosnia,“ Dodik told journalists.

However, the Serb’s position is in sharp contrast with that of Bosnia’s Muslim and Croat communities who want the OHR to stay until an agreement is reached on how to revamp Bosnia’s constitution and make the country more functional.

Over the past days, representatives of the three communities have been enganged in intense negotiations with Western technical experts who hope to win their acceptance of a reform package proposed in October by the EU and US.

Local leaders rejected the package after a series of meetings with Swedish Foreign Minister Carl Bildt and US Deputy Secretary of State James Steinberg in Sarajevo in October, with Serbs describing it as too demanding and Bosniaks (Bosnian Muslims) and Croats as insufficient.

However, the West hopes that the local leaders could be persuaded to reverse their positions through ongoing negotiations at the level of technical experts.

At the moment, Bosnian Serbs appear unlikely to change their opinion as Dodik has repeatedly said over the past days that the proposed reform package was unacceptable even just as the basis for further talks. Dodik also insists that the OHR’s closure can not be made conditional on constitutional reform.

But while Russia shares this view, the US appear to oppose it.

Lavrov also used his one-day visit to Bosnia to once again congratulate the Balkan country for wining a seat on the UN Security Council.

Bosnia was one of five nations elected in October to serve as non-veto-holding members of the 15-member Security Council through 2010 and 2011.

Asked if Bosnia was more likely to side with Russia or the US when it votes in the Security Council, Lavrov said he hoped “it will be making its own decisions, without outside influences”.

The way Bosnia votes in the Council will depend on a consensus between the country’s Bosniaks, Croats and Serbs.