Georgian parliament to consider nominations for ambassador to Azerbaijan 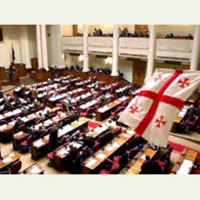 The parliamentary committees on foreign relations and relations with the Georgian diaspora will discuss the issue at a joint meeting.

Parliament will decide on candidacy as Georgian ambassador to Azerbaijan next week.