Montenegrin minority in Albania urged the authorities to establish schools where children can study in their native language, local media reported.

The mother-tongue tuition is requested in northern Albania, where Montenegrins are grouped as minority though many live in other cities across the country.

Montenegrins teamed up with other ethnic minorities in Albania – such as Macedonian, Greek and others – demanding that they freely declare ethnic and religious affiliation in the next population census 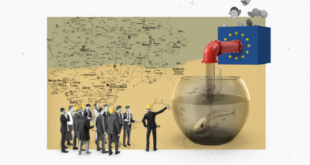