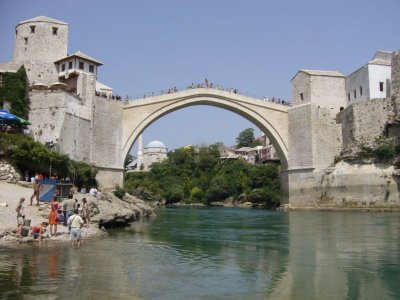 Bosnian Croats on Tuesday slammed a bid by the top international envoy to Bosnia to end a 14-month political deadlock in an ethnically-divided town caused by the failure to elect a mayor.

The Bosnian Croat Democratic Union (HDZ BIH) party said the move was directed against Croats and had been made in response to pressure from rival Muslim politicians.

“The decision was made exclusively under pressure of Bosniak (Muslim) politicians,” the HDZ BIH group said in a statement.

The move by the international community’s high representative Valentin Inzko had a “very clear goal, to prevent Croats from having at least one mayor in major Bosnian towns,” it stressed.

Inzko on Monday imposed changes to the statute of Mostar, according to which the southern town’s councillors will now elect the mayor by a simple majority.

The move was an effort to get the town’s administration working again. Due to the failure to agree on a mayor, there has been an almost complete political standstill in Mostar since local elections in October 2008.

Previously the mayor had to be backed by a two-thirds majority out of 35 councillors, which was impossible to achieve between the ethnic Croat and Muslim parties.

Mostar has been divided between its Croat and Muslim communities since Bosnia’s 1992-1995 war. However, it is ruled by a joint municipal council.

The HDZ BIH party, which has seven seats in the municipal council, fears it would be impossible to secure a simple majority to back a Croat mayor as the main Muslim Party of Democratic Action holds 12 seats.

The peace deal that ended the 1992-1995 war created the post of the powerful international envoy, entitled to impose laws and sack obstructive official.

During most of the war Bosnia’s Croats and Muslims fought against ethnic Serbs. However, the two communities also fought against each other for 11 months in 1993 and 1994.