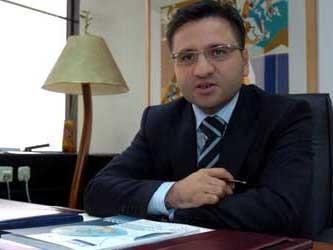 The Republic of Macedonia took over the one-year rotating presidency of the European Energy Community, with a formal start on 1 January 2010.

This marks Macedonia’s second presidency of the energy community, and it is seen as recognition of the ministry’s policy-making in terms of the comprehensive energy system reform and harmonization of national legislation with the European laws.

The participants of the meeting underlined the need for further investments and construction of regional projects in field of energy and creation of prerequisites for inflow of private capital in this sector.

Macedonian economy minister briefed on government’s priorities as regards further adjustment of national legislation, market liberalization and creation of a stable regulatory framework with an ultimate goal of encouraging investments in the course of realization of strategic energy projects and protection of consumers.