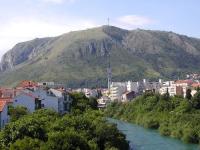 A mayor has finally been elected to Bosnia’s ethnically divided city of Mostar after a 14-month political deadlock was broken by the top international envoy in the country, Valentin Inzko.

Bosnian Croat Ljubo Beslic’s election to the post was made possible by Inzko’s decision last week to change the city statute to allow its councillors to elect a mayor by simple majority.

Previously the mayor had to be backed by a two-thirds majority out of 35 councillors, which proved impossible due to the inability of the strongest Bosniak, Bosnian Muslim, and Croat parties – Party of Democratic Action, SDA, and Croat Democratic Union, HDZ, respectively – to agree on a power-sharing arrangement.

Hasandedic failed to win the vote although his SDA party holds 12 seats on the city council. Three city councillors abstained.

The failure of HDZ and SDA in Mostar to agree on a mayor since local elections in October 2008 had left Bosnia’s largest southern city without a 2009 budget.

Civil servants in Mostar had been receiving their salaries through a temporary financing agreement imposed by Inzko.

But after the decision expired in September and the city failed to pay its employees for two months, they went on strike in November pushing Mostar to near total paralysis.