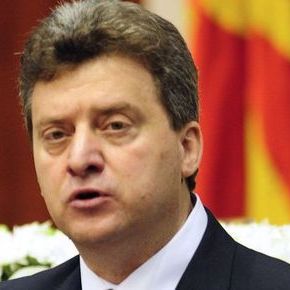 Euro-enthusiasm, not euro-skepticism, prevails in Macedonia given the fact that 95.96 percent of population hails the European Union, Macedonian President Gjorge Ivanov said.

“We met the Copenhagen criteria, the criteria that must be met by countries aspiring to join the bloc. However, we were not allowed to start the EU accession talks. The setting of the date of EU membership talks has been delayed, but not the process itself as it may last for years. There are 30 chapters that have to be fulfilled. Any EU member country could bloc the membership talks at any of the chapters. But we were not allowed to event start the talks,” Ivanov said.

In his view, the country’s unity and having a sole stance on national interests are key guidelines for better Macedonia.

Ivanov made it clear that there should be no change of Macedonia’s Constitution because it is the Constitution that defines the citizens.

He stressed that Macedonian identity and language must not be subject to negotiations.