Serbia, Macedonia citizens to travel between their countries only with IDs

Macedonian Interior Minister Gordana Jankuloska and her Serbian counterpart, Ivica Dacic, agreed on Saturday (January 29th) that citizens of their countries will soon be able to travel between their territories using only ID cards, rather than international passports. “The decision will be made official at the next meeting of the Macedonian and Serbian prime ministers,” Dacic said during a visit to Skopje. Jankuloska proposed activities aimed at establishing joined control at the border between the two countries. 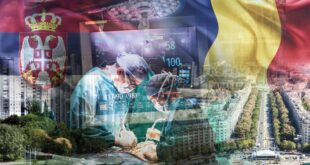