Erdoğan’s visit comes days after US Secretary of State Hillary Clinton’s visit to İstanbul in mid-July. During talks with Turkey’s leaders, Clinton reportedly called for ratification of two protocols signed in 2009 with Armenia for normalization of bilateral relations.

Clinton urged Ankara not only “to support and advance the protocols” stuck in the Turkish Parliament but also to get into wider contact with Armenia to strengthen confidence so that it further helps to restore diplomatic relations. 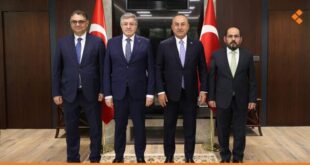