Disturbed by EU-led talks between Serbia and Kosovo, locals in the Serb-run north of Kosovo held a protest in Mitrovica to remind the world that they want no part of independent Kosovo.Serbs from the north of Kosovo staged a protest in the divided town of Mitrovica on Wednesday, holding banners that read, “Only traitors give up on Kosovo” and “We do not want the state of Kosovo”.

The rally brought together around 5,000 Serbs from the four northern Kosovo municipalities of Mitrovica, Leposavic, Zvecan and Zubin Potok, and sent a message that Serbs fiercely oppose integration into independent, Albanian-run Kosovo.

Addressing the crowd, Slavisa Ristic, head of the municipal council in Zubin Potok, said Serbs in Kosovo would not be sacrificed in order to help Serbia get a start date for its EU accession talks.

The northern segment of Kosovo is beyond the remit of the Pristina government, does not acknowledge the authority of its institutions, or recognise its independence from Serbia, proclaimed in 2008.

However, “normalisation” of relations with Kosovo is the main precondition for Serbia’s further EU progress.

In order to meet this precondition, Serbia has been holding talks with the Kosovo authorities under EU auspices, which have resulted in a number of agreements.

At the same time, Belgrade has not abandoned the Kosovo Serbs and finances a whole network of so-called “parallel institutions” in northern Kosovo, including schools, hospitals, post offices and local government authorities.

Krstimir Pantic, Mitrovica’s Municipal President, told the rally that people’s willingness to make sacrifices for the preservation of Kosovo had never been greater.

“We are sending a message to the enemies of the Serbian people that we will not surrender and allow them to seize Kosovo,” Pantic told the crowd. 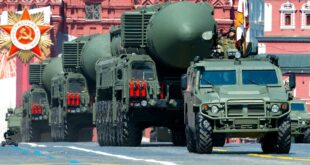 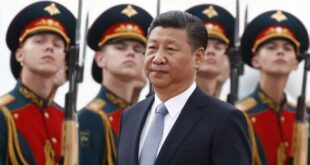 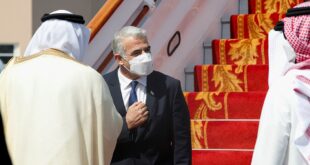 To contain what it perceives as an Iranian threat, Israel is seeking greater military cooperation …