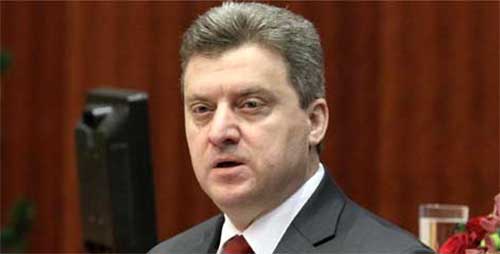 Macedonian plans to host a summit of regional presidents end in fiasco after most of the guests pull out for a variety of reasons – forcing Macedonia’s president to call off the meeting.

Gjorge Ivanov said there was no point in holding the summit, or the complementary forum, called “Dialogue Among Civilizations”, after several regional leaders said they would not be coming.

“Old Balkan prejudices and complexes were reinvigorated in the wake of the summit,” President Ivanov complained.

The 16th summit of heads of states and prime ministers of the South East Europe Cooperation Process, SEECP, and the forum “Dialogue Among Civilizations”, were due to take place this weekend in Ohrid and nearby Struga as part of Macedonia’s annual presidency of the SEECP.