Clashes between rival armed groups in the Central African Republic have left at least 16 people dead and several thousand civilians displaced, the UN said on Wednesday, warning of “targeted assassinations” against ethnic Fulani.
“There have been at least 16 confirmed death and thousands displaced,” Vladimir Monteiro, spokesperson for the United Nations peacekeeping force Minusca, said in a statement.
The violence erupted on Monday between rival factions of the former “Seleka” Muslim rebel group in the town of Bria, 400km northeast of Bangui.
Minusca said on Tuesday that one of its bases had come under fire during the clashes before its troops drove the attackers out with retaliatory gunfire. It announced reinforcements were being sent to the base to protect some 5 000 civilians sheltering there.
The fighting broke out between the Popular Front for the Renaissance of the Central African Republic (FPRC) and the Union for Peace in Central Africa (UPC).
The two factions are fighting for control of taxes levied on Fulani herders during the current seasonal migration.

Libya Goes Through a New Episode of Intense Struggle for Power

Venezuela Thanks Mexico for Advocating for an Inclusive Summit 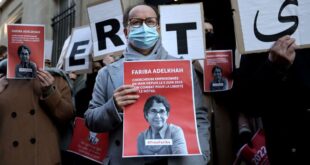