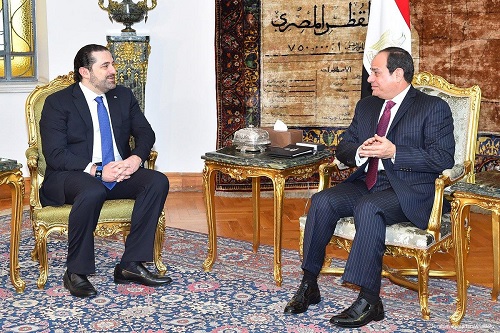 Lebanese Prime Minister Saad Hariri has arrived in Egypt where he is scheduled to meet with President Abdul Fattah Al-Sisi and Prime Minister Sharif Ismail with the view of strengthening ties between the two countries. Hariri will also meet with Pope Tawadros II of the Coptic Church and Grand Imam Ahmed Al-Tayeb of Al-Azhar.
Hariri stressed that he rejects weapons belonging to Hezbollah and reiterated that the only legitimate weapons were those used by the Lebanese army. He also said that Bashar Al-Assad and Iran are responsible for the failure to resolve the Syrian crisis.
Hariri emphasised that in general Lebanon has good relations with the Gulf countries, including Saudi Arabia.